The man killed in a fiery car crash in Indio, California, has been identified as Marion Combs, a 55-year-old city resident. The Riverside County Coroner’s Office confirmed the victim’s identity in the car accident report released on Saturday, October 17th.

The Indio Police Department spokesman Ben Guitron said the single-vehicle crash happened at Avenue 49 and Hjorth Street around 4 p.m. on Friday, October 16th. When officers arrived at the scene, they found the vehicle’s engine compartment on fire and the victim unresponsive.

They pulled Combs out of the vehicle and started CPR while waiting for the fire department to arrive. Guitron said medics took the man to a hospital where medical personnel pronounced him dead.

The spokesman said they have not uncovered what caused the crash. Traffic investigators are looking into it and will release an update once they have more information.

Fiery crashes are not entirely uncommon, and they happen for various reasons. Whether in transit or involved in an accident, a car can catch fire if it has fluid leakage like fuel or gasoline and if there are loose electrical wires.

Other causes are blown fuses, spilled oil under the hood from an oil change, and loud sounds from the exhaust system. Drivers can mitigate the preceding and above by following safety tips and exercising due care.

Avoid smoking when behind the wheel of a vehicle, do not leave flammable materials inside the car, and maintain the car battery. Check for oil or fluid leakage, limit reckless driving, and if a car fire starts, park on the right shoulder, turn off the engine, exit the vehicle, and call for help. 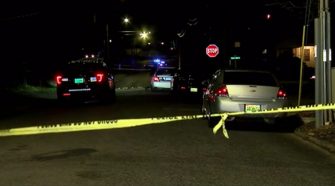