The District Attorney’s Office said the woman led the county police on a chase while driving her RV with two dogs from Santa Clarita to Tarzana. In addition to the prison sentence, she is not allowed to drive a vehicle for life.

Rainbird, 56, received the sentence after she pled guilty on Thursday, October 15th, to two counts each of hit-and-run resulting in serious injury to another person, animal cruelty, and driving under the influence of drugs, causing injury.

The car accident report showed that in May 2019, sheriff deputies tried to detain the woman at her RV near the Old Grove Road and Calgrove Boulevard in Valencia. Rainbird started her vehicle and fled, ramming into several cars during the pursuit and injuring the drivers.

The pursuit ended when the defendant crashed the RV in Tarzana, injuring one of her dogs. The District Attorney’s Office said officers with the California Highway Patrol arrested her afterward, and she has been in custody since then. There is no additional information at this time. 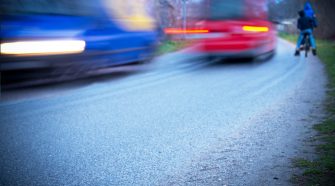