New facts have emerged in the fatal accident in San Bernardino, California, involving Luis Angel Gonzalez, a 21-year-old city resident. In a press release on Monday, October 19th, the San Bernardino Police Department said the suspect might have been racing another vehicle when the crash happened.

The Friday, October 16th, collision claimed the life of Alexander Barrientos, 25, and sent a female driver and two minors to the hospital. The release disclosed that the police took Gonzalez into custody at Loma Linda University Medical Center; he received treatment at the hospital since the incident.

The SBPD booked him on suspicion of vehicular manslaughter and placed his bail bond at $250,000. The investigators believe that the suspect, who would need a car accident lawyer’s expertise, was street racing in a black Scion FR-S.

He was westbound on Highland Avenue when he moved into the eastbound lane and collided head-on with a Nissan Sentra near Macy Street. He went on to collide with another vehicle at about 4:02 p.m.

The police said Barrientos, who traveled as a front right-side seat passenger in the Nissan, suffered severe wounds and died at the scene. Medics took the 26-year-old female driver, a 5-year-old child, and a 1-year-old infant to the hospital to receive treatment; they are expected to survive.

There is no additional information on the crash at the time of this report. The SBPD asked anyone who witnessed the occurrence to contact either Detective Dan Acosta or Sgt. Jeff Harvey on the listed line.

This is the most recent story. 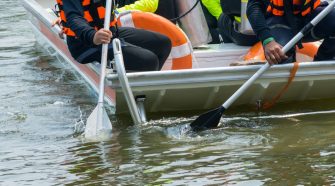