The two got killed in the morning at about 3:25 a.m. in Yorba Linda. According to the California Highway Patrol, the crash happened on the westbound Riverside (91) Freeway at the Foothill Transportation (241) corridor.

A gray sedan driven by an unidentified driver and an SUV the women were traveling in collided for unknown reasons. Francisca and Trinidad suffered significant injuries from the collision and were taken by first responders to UC Irvine Medical Center in Orange.

The women lived through their trip to the hospital but succumbed to their injuries while receiving treatment. The authorities have not revealed whether or not the ladies were related even though they share a surname.

There is no additional information about the accident at the time of this report. The California Highway Patrol is investigating the cause of the accident and will update the public on their findings.

Accidents are a common occurrence in California and often lead to lawsuits when one person has a liability or acted negligently. The common suits filed include personal injury, wrongful death, and vehicular manslaughter when there’s a death, and the driver was under the influence.

The court in trying any of the above would look at the circumstances of the case, and the contributing factor of those involved. It would look at the fact that the offender was driving a vehicle, the duty of care owed to the victim, and the presence of an illegal act. 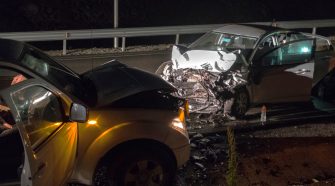