41-year-old Adalila Rojas lost her life in a two-vehicle collision in Fresno, California, on Thursday morning, October 8th. The car accident report released by the California Highway Patrol placed the woman behind the wheel of a Honda Civic.

At about 11:40 a.m., the victim was northbound on North Garfield Avenue close to its intersection with West McKinley. CHP spokesman Mike Salas said Rojas failed to stop for a stop sign for unknown reasons and entered into the path of a Dodge Caravan traveling at 55 miles per hour.

The front end of the Dodge collided with the Civic driver’s door. The impact left the woman with fatal injuries, and first responders pronounced her dead at the scene. The other driver sustained moderate injuries, and the CHP expects her to survive.

Accidents of this nature are preventable if drivers obey the traffic rules and regulations like stopping at a stop sign at intersections. Failure to do this is an offense under the California Vehicle Code.

In proving that a driver committed the offense, the prosecutor must show that the light was red when the offender entered the intersection. A car enters an intersection when any part of it crosses over the pedestrian walkway.

The penalty for running a stop sign is $238 plus any additional court costs and assessments. Failure to show up in court will result in additional fines, and a possible hold on the offender’s driver’s license. A conviction also means the offender would get a point against their driver’s license at the Department of Motor Vehicles. 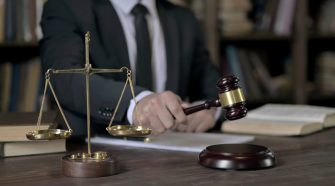