Following the arrest of a man found to have been driving under the influence and causing a three-vehicle collision in San Anselmo, California, a drunk driving attorney’s services would prove useful. The incident played out on the afternoon of Tuesday, May 26.

Officers received several 911 calls of a crash on Sir Francis Drake Boulevard, a few miles from the Sir Francis Drake High School. Officers responded at the location not long after, at about 5:24 p.m. Three vehicles were involved in the traffic collision, including a jeep, a Toyota Prius, and a Ford pick-up.

Investigators determined that the suspect, identified as Adam David Grubb, 24, of San Anselmo, was driving the Jeep at the time. The man crashed his vehicle into two other cars, causing a major traffic disruption. Police said Grubb abandoned the Jeep after the accident and attempted to flee on foot, but officers caught up with him a while later.

According to the reports, the culprit told officers he was only traveling as a passenger in the car when the crash happened. However, following the investigations, police found the suspect had been behind the wheels. Grubb was reportedly under the influence of alcohol at the time.

Deputies detained the suspect and booked him into the Marin County Jail on suspicion of driving under the influence, resisting, delaying, or obstructing a police investigation. Officers later discovered Grubb was on probation in Marin County, in connection with two earlier DUI convictions.

As a result, he also faces a charge of vehicle code of violation of DUI probation terms and requires representation by a drunk driving attorney. 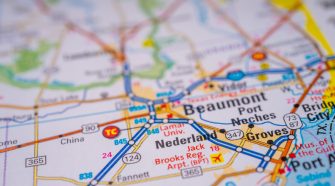