The woman who died earlier this week after getting struck by a vehicle in the Long Beach area of California has been identified. The Long Beach Police Department, and the coroner’s office, on Thursday, April 30, disclosed the fatal victim’s identity as Adrienne Bates, a 54-year-old resident of Cudahy.

The fatal collision was reported just before 3 pm on Artesia Boulevard, police said. When officers arrived at the location, they found the victim unresponsive on the roadway outside the pedestrian-designated area.

On-scene investigations determined that the vehicle that struck Bates was driving through the east travel lanes of Artesia Boulevard. Just then, the pedestrian got in the line of traffic while attempting to cross the road near the northbound Long Beach (710) Freeway off-ramp.

As a result, the pickup truck hit the woman, who police said was outside a marked crosswalk at the time. Responding paramedics pronounced Bates dead at the scene.

Meanwhile, the pickup operator, whose name was withheld, pulled over and awaited police arrival. He cooperated with law enforcement and was not arrested.

Drugs and alcohol did not appear to be contributing factors in the fatal collision. No other information regarding the crash was revealed in the accident reports.

An investigation into the mishap is underway. Investigators would try to determine whether speed, distraction by a mobile device, or other factors may have contributed to the accident.

Pedestrians are urged to always use designated crosswalks while crossing highways and to ensure that roadways are safe before attempting to cross the streets. 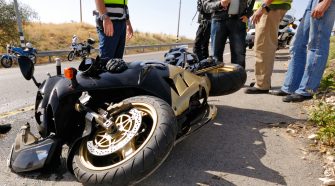