The Shasta County Sheriff’s Office on Thursday, October 8th, confirmed the identity of the woman killed in a fire outbreak in Northern California. Alaina Michelle Rowe, 45, of Igo, was found dead along a road on Monday, September 28th.

An earlier accident report disclosed that the police found three other people, including a minor alongside the woman. In a press release, the sheriff’s office said they could not tell the child’s identity because of their age.

The minor is reportedly Rowe’s 8-year-old daughter, and the investigation uncovered that the two tried to escape the fire but could not. The sheriff’s office had earlier identified the other two victims as Karin King, 79, and Kenneth Vossen.

The two, who were both from Igo, were found on the road where the fire started, but Vossen passed away in a hospital. There is no additional information at this time.

The Zogg Fire began in Shasta County during high winds and quickly spread to Tehama County. It has burned about 88 square miles of land and destroyed more than 200 buildings, with approximately 90% of them homes.

Yearly, wildfires burn across the United States, putting those who live close to it at significant risk. Safety tips for those living in wildfire-prone areas include clearing leaves and other debris from gutters, eaves, porches, and decks.

Remove flammable materials, dead vegetations, and box-in areas below patios and decks with mesh to prevent debris and other combustible materials. Keep the lawn hydrated and maintained, inspect shingles and roof tiles, and prune trees to the lowest branches.

Next Craig Reed Killed in a Single-Vehicle Crash Near Toulon 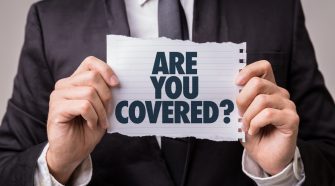