Two months after a vehicle-versus-pedestrian accident in Linda Vista, San Diego, California, ended the life of a man, the coroner has identified him. On Wednesday, February 26th, the San Diego Examiner’s Office released his name as Alan Robinson, 65.

The cause of death got listed as an accident resulting from the trauma sustained from the deceased injuries. Robinson lost his life late last year after he got hit by a car.

According to the San Diego Police Department, on December 7th, 2019, the dead man was walking near Linda Vista Road near Mesa College Drive at about 10:25 p.m. when the accident happened.

Robinson got hit by a Ford Escape driven by a 28-year-old unnamed driver.  The latter stayed back at the accident scene to answer questions by the police and cooperated with them.

The police have not released any other information about the accident. However, alcohol and drugs or a combination of both do not seem to be a factor in the accident, and the driver was not charged.

The unnamed man acted following the California Vehicle Code 20001 and 20002. The two sections provide that when there’s a traffic accident, the driver of a vehicle must stop his or her car when a person is seriously injured. 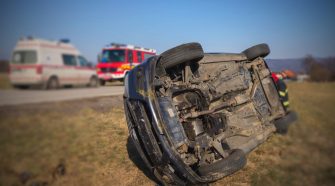