It’s been almost a month since Jang Lim was injured in a Los Angeles, California, vehicle-versus-pedestrian accident, and the authorities are finally sharing the details with the public. The Los Angeles Police Department on Friday, March 13th, revealed the details of the near-fatal crash.

According to the LAPD, the 92-year-old pedestrian on February 7th was walking in the Westlake District of LA at about 8:30 a.m. when a black 2004 Honda Accord struck him down near the intersection of James. M. Wood Boulevard, and Burlington Avenue.

The driver whom police later identified as Juan Jesus Ajanel-Perez, 21, of Los Angeles fled the scene and did not render any assistance to Lim. The older man suffered significant bruising and a small skull fracture.

Lim was taken to an area hospital, and he is still alive at the time of this report. The LAPD said they tracked down Ajanel-Perez with his license plate number and took him into custody.

The police did not state if any charge has been filed on the runaway driver or if he will be released on bail. Under California law, a person involved in an accident is expected to stay back at the scene and perform some functions.

The latter includes providing his or her contact details, helping out an injured person, and cooperating with the authorities while they investigate. Failure to do any this amounts to a hit-and-run, which is a criminal offense.

The prosecutor charges a hit-and-run as a misdemeanor or a felony depending on the circumstances of the case. Both are punishable with incarceration, a fine, or both. 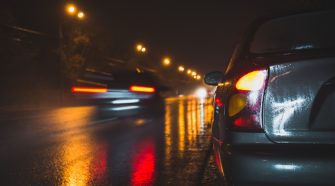