A motorcycle accident attorney may be needed after a man riding a motorcycle died in Desert Hot Springs, California, when he crashed into an SUV. The Riverside County Sheriff’s Department, on Tuesday, April 28, named the deceased cyclist as Branden Ocampo, 27, of Perris.

The crash was reported on Saturday, April 25, at the intersection of State Route 62 and Pierson Boulevard, according to a Sheriff deputy, Sgt. Steve Albert.

Investigators gathered that at about 12:30 pm on the said day, the cyclist was riding a Suzuki GSX-R1100 on SR 62, towards the road intersection. Another vehicle, an SUV, also reached the intersection almost at the same time.

The SUV then entered the intersection unlawfully, onto the path of Ocampo’s motorcycle, which had the right of way at the time. Before the cyclist could apply the brakes, his Suzuki smashed into the SUV, throwing him onto the ground violently.

The cyclist suffered fatal injuries as a result of the crash and was pronounced dead at the scene by emergency responders. The Desert Hot Springs Police said Branden Ocampo was wearing a helmet when the crash happened.

Meanwhile, the motorist, a 37-year-old female, also sustained severe injuries and was transported to an area hospital for treatment.

Following the crash, all east lanes on SR 62 were closed for hours until the necessary on-site investigations were concluded.

The liability of the accident is evident on the motorist’s part since she failed to yield the right of way to the cyclist. Therefore, with the guidance of a motorcycle accident attorney, the fatal victim’s family can file a wrongful death lawsuit and secure maximum compensation for their losses while ensuring that justice is served. 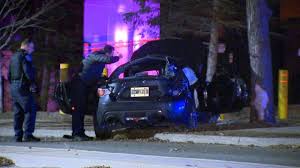