A drunk driving attorney would be required after an alleged DUI motorist crashed into another vehicle, causing the death of a passenger in the struck car. The incident took place on Saturday afternoon, April 25, in Fresno, California.

Confirming the fatal crash, the Fresno County Sheriff’s Department said the accident was reported just after 3 pm, near the area of Nees Avenue and Chestnut Avenue.

Investigators determined that the fatal victim was the sole passenger of a red Volkswagen Sedan, driven by an unidentified female, which was westbound on Nees Avenue.

A pickup truck, driven by James Mitchell Anderson, 26, was heading west on Chestnut Avenue at the time. When the truck approached the interchange of both avenues, the motorist ran the red light and entered the intersection, crashing into the Sedan, which was at the time negotiating a left turn onto Chestnut.

The truck severely damaged the right front passenger side of the sedan, dealing the passenger severe injuries.

Emergency responders transported the passenger, later identified as Carson Gates, to Saint Agnes Medical Center. Gates succumbed to his injuries while receiving treatment at the hospital.

The driver of the sedan was also injured in the crash, but her wounds were described as non-life-threatening.

Responding officers determined that Anderson, who was unhurt in the collision, was under the influence of alcohol or drugs at the time of the crash.

He was arrested on suspicion of vehicular manslaughter while intoxicated and DUI. The suspect remains held at the Fresno County Jail.

Anyone involved in a DUI crash is advised to consult a drunk driving attorney for representation.

Next Elizabeth and Anthony Sneed: Victims of Fatal Two-Vehicle Accident in Statesboro 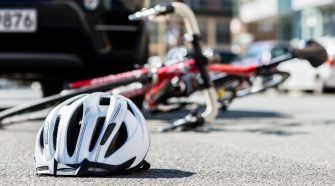