A hit-and-run accident at Crow Canyon and Manter roads, Castro Valley, 11 miles from Fremont, California, ended the life of a 12-year-old girl on Monday, February 24th. Authorities identified her as Lana Carlos, a resident of Castro Valley.

The accident happened in the afternoon, at about 3:25 p.m. The young girl and her sister were crossing the intersection when a vehicle heading west on Manter Road turned south and hit Carlos.

The young girl was hit on the crosswalk and left there by the driver who didn’t stop to help her. The Alameda County Fire Department was the first at the scene and rushed the little girl to the UCSF Benioff Children’s Hospital in Oakland.

Carlos made it to the hospital but later died from her injuries while receiving treatment. Authorities have no information on the identity of the driver, but eyewitnesses described him as a male between 25 to 35 years.

The driver is also most likely of White or Latino descent and was driving a Ford F-150 pickup truck, with a lifted back. The car was last seen heading towards 580 Freeway.

The police are still investigating the accident, with the help of the California Highway Patrol. They have asked any witness who has not spoken to them to contact their Castro Valley offices.

California law frowns against drivers fleeing the scene of an accident without stopping to help the police with their investigation or any injured person. Offenders usually face a short prison sentence after a criminal trial and pay damages after a civil lawsuit. 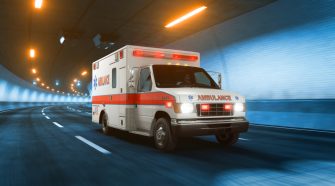