The identity of the teenager who died after an SUV she was traveling in overturned in Moreno Valley, California, has been released. The California Highway Patrol, on Tuesday, May 5, named the fatal victim as Catalina Esteves, a 17-year-old resident of Calimesa.

The tragic accident took place on Monday morning, May 4, on Gilman Springs Road. According to the CHP reports, officers responded at the location at about 11 am on reports of a rollover crash, with at least three casualties resulting from the encounter.

The circumstances leading to the collision was not immediately established, but responding officers discovered the severely wrecked vehicle off the roadway, between Lisa Lane and Moreno Valley (60) Freeway.

At the time, passersby had already rescued the victims from the wreck and were administering CPR on one of the injured. Police said two of the three victims were critically injured, while the third suffered non-life-threatening injuries.

Firefighters from the Riverside County Fire Department arrived at the scene shortly after the accident and summoned two ambulances to assist in the rescue operation. The three casualties were immediately transported to Riverside University Medical Center, Moreno Valley, for adequate medical attention.

Esteves, one of the critically injured patients, later succumbed to her wounds and was pronounced dead at about 11:53 pm, the accident reports confirmed. The reports did not disclose the identity and conditions of the two other patients.

No other information about the crash, which remains under investigation, was released. 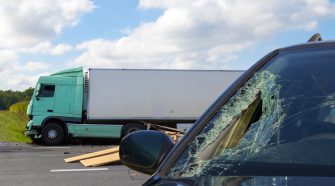