On Monday, February 24th, in Los Angeles, California, the representative of Chef Walter Manzke, one of the city’s famous chefs, announced that he was in the hospital recovering from an accident. The chef was involved in a vehicle-versus-pedestrian crash.

The accident occurred last Wednesday evening, on February 19th, near the Bicyclette. The latter is the new restaurant, the chef and his wife, Margarita, are opening on Pico Boulevard, where the accident happened.

Manzke was thrown to the sidewalk after an unnamed woman hit him with her car. He suffered severe injuries, including collapsed lungs, a fractured collar bone, multiple lacerations to his face and body, and several broken ribs.

First responders took him to the hospital where he received treatment. The statement by his rep revealed that he was unconscious for about 20 hours, but is now slowly regaining his strength.

The statement also read that Manzke feels fortunate to be alive and would be going home to his friends and family soon. Authorities have not stated if they were able to apprehend the woman who hit the chef.

Traffic accidents are not uncommon in California, but where a pedestrian is involved, and the driver flees the scene, the courts frown at it. A hit-and-run is considered a criminal offense in the state.

An offender of a hit-and-run causing grievous bodily harm faces a jail sentence and a fine. Authorities have advised drivers to always give pedestrians the right of way.

Drivers should stay within the speed limit of school, business, and residential districts. They should obey traffic signs, and never run a red light at a crosswalk or intersection. 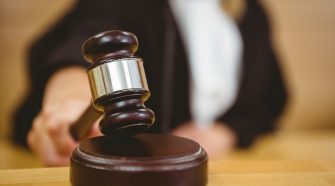