On Thursday, August 20th, the California Highway Patrol revealed the identity of the Sonoma resident killed in a two-vehicle crash near Petaluma, California. 50-year-old Santiago Diaz-Cardenas lost his life following the accident on Bodega Avenue.

The accident reports showed that the victim was behind the wheels of a Ford Explorer SUV. According to the CHP investigators, Diaz-Cardenas pulled over briefly at a T-intersection between Pepper Road and Bodega Avenue, before turning left onto eastbound Bodega. However, upon negotiating the turn, his vehicle veered directly onto the path of an eastbound fuel tanker.

The two vehicles collided head-on, causing the SUV to drift off the Highway and slam into a dirt embankment. Diaz-Cardenas’ car rolled over almost immediately. The crash’s impact killed the 50-year-old motorist. The driver of the fuel truck did not sustain life-threatening injuries.

The incident took place on Tuesday, August 18th, in the Two-Rock area, a few miles northeast of Petaluma. CHP officials did not record any additional casualty in the collision, which remains under investigation.

Although the California Highway Patrol officers are yet to determine what caused the crash or why Diaz-Cardenas veered into the path of the truck, a list of possible factors might have been responsible. They include impairment by drugs or alcohol, distraction, mechanical faults, or an underlying health condition. 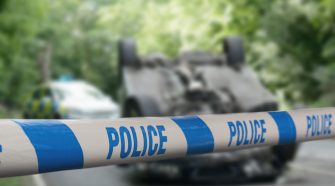