Auto accident attorneys may come in handy after a young man, and a teenager lost their lives in a traffic collision with a semi-tractor trailer in Visalia, California. The tragic encounter took place on the morning of Tuesday, May 19.

Officers responded to reports of a high-speed vehicle crashing into a big rig near the intersection of Road 80 and Avenue 328 at about 7:30 a.m. Three casualties resulted from the tragic collision, including a juvenile.

Initial reports showed the crash involved a Toyota Prius, conveying a 20-year-old motorist and a 17-year-old female passenger, and a semi. Police did not immediately establish the cause of the accident.

Following investigations, detectives gathered from witnesses that the Prius operator, George Llamas, was driving aggressively through Road 80. He was traveling at a high rate of speed, weaving in and out of traffic, as well as several other traffic violations. About 3 miles north of Ave 328, the Prius rear-ended a big rig, leaving the smaller vehicle disabled.

The two occupants of the Prius suffered fatal injuries, and medics pronounced them dead at the scene. A third person also sustained injuries in the wreck, but it is unclear which of the vehicles the 15-year-old male victim was traveling in.

Officers believe Llamas was driving under the influence when he crashed his sedan. The result of an autopsy ordered on the motorist would confirm his impairment status at the time of death.

Auto accident attorneys specialized in reviewing such cases can conduct an independent probe to determine the liable party, so the victims can secure a favorable settlement. 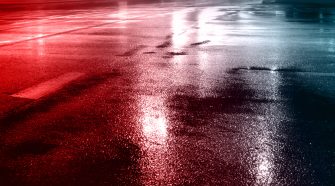