An alleged DUI driver that fled an accident scene after causing a traffic collision that left two commuters, a juvenile inclusive, hospitalized in Pomona, California, has been detained. The suspect was taken into custody on Thursday night, April 30, and would require the legal intervention of a drunk driving attorney.

The Pomona Police Department received a report confirming that at least two casualties had resulted from a two-vehicle collision on Mission Boulevard and Towne Avenue at precisely 8 pm.

When responding officers arrived, they discovered that the motorist that struck the victims did not wait to render assistance, but fled the scene of the crash.

It was gathered that the culprit was alone in a vehicle that was travelling near the intersection, when it struck another vehicle conveying an adult motorist and a child.

Police later spotted the suspect a few miles away following eyewitness description, and engaged him in a brief foot chase.

While fleeing from the officers in pursuit, the hit-and-run driver discarded a gun in his possession. The fleeing motorist only made it a few blocks from the crash sit before police apprehended him.

Authorities disclosed the motorist’s name as Alejandro Aviles, a resident of Etiwanda. He failed field sobriety tests, confirming he was under the influence of drugs or alcohol at the time.

Police arrested Aviles on suspicion of DUI, possession of a unlicensed firearm, and a high capacity magazine.

Anyone involved in a DUI-related traffic accident can contact a drunk driving attorney for representation. 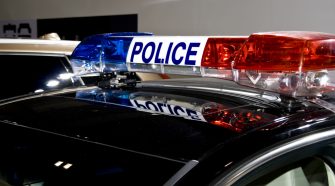