In the reports of a car accident that happened in San Jacinto, California, the Riverside authorities confirmed that a 25-year-old pedestrian turned up dead. The fatal victim encountered the traffic collision early on Wednesday morning, May 6.

Deputies responded to a location on De Anza Drive, just east of Main Street, following a 911 call reporting a crash involving a vehicle and a jaywalking pedestrian. Authorities said the driver who struck the victim called in the crash shortly after 4:20 am.

When the emergency response team arrived, they found the pedestrian sprawled unconscious on the roadway. Information gathered at the crash site suggests that the vehicle in question was a Hyundai Elantra, traveling south on De Anza.

A press release from the Riverside County Sheriff’s Department affirmed that the Hyundai hit the pedestrian, who was at the time walking in the middle of the roadway. First responders pronounced the jaywalking woman deceased at the scene.

Authorities disclosed the fatal victim’s identity as Holly Rood. The reports did not establish why Rood was walking in the streets at the time of the collision.

Officers implored possible witnesses, with useful pointers in solving the case to contact them.

Vehicle-pedestrian fatalities are not uncommon in the state of California. Previous events have proven that if every witness reports car accidents involving pedestrians in due time, the victim stands a better chance of getting rescued and surviving the encounter. 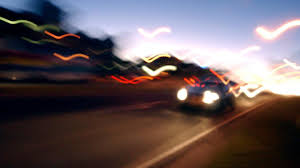 Driver in Police Pursuit on US-60 Identified as James Ball