They are all familiar with the savage beating of Giant’s fan Bryan Stow by several Dodgers’ fans in the parking lot after the game. But this trend is not limited to sports events. Kevin Urich, editor of the Pasadena Weekly, reported that he had encountered a group of nearly 20 young people he described as “foulmouthed drunks” while on a recent date with his girlfriend to see the L.A. Philharmonic at the Hollywood Bowl.

The situation escalated when Urich and others asked the group to be quiet. Urich also stated that another patron who was with two young daughters were being sexually harassed by the rowdy group. Rather than removing the drunken hooligans from the Hollywood Bowl, security personnel relocated the the man and his daughters to another area of the world-famous amphitheater . Urich stated that the security personnel were less than aggressive in removing the troublemakers, saying they were not “going to change the world tonight.”

Although the Hollywood Bowl is technically property of Los Angeles County, deputies do not provide security during events at the Bowl. Large crowds and excessive liquor always have the potential for unruly behavior and attacks on other patrons. If the unruly intoxicated group had caused physical harm to anyone, the Hollywood Bowl would most likely be held legally responsible for the injuries and other damages the victim suffers.

One thing to note: Because the Hollywood Bowl is technically a part of Los Angeles County, a claim for damages must be filed with the appropriate agency within six months of the incident or the right to sue is lost, notwithstanding the typical personal injury time limitations for most cases that gives you two years from the date of the accident to file suit. You should consult with an attorney immediately about your particular case.

Next LA Bicycle Accident Causes Some Confusion for LAPD 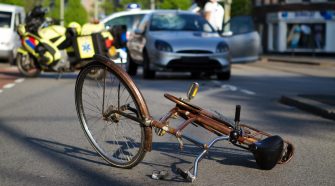