A Penn Valley, California, man, who caused an accident on Highway 20 while driving under the influence, has been arrested and booked into the Nevada County Jail. Kadin Christopher Leppek, 24, was taken into custody and arraigned on Wednesday, March 11th.

The man is also facing a count of driving on a license that was suspended for a prior DUI. Bail was set at $110 000, and he will remain in custody until his bail hearing

The accident that landed Leppek behind bars occurred on Monday, March 9th, at about 4 p.m. According to the California Highway Patrol, the man was driving a Jeep Cherokee heading west on Highway 10.

The details of the crash remain unavailable, but CHP spokesman, Mike Steele, confirmed the identity of the other drivers involved. Timothy Carlson, 56, of Auburn, was driving a Jeep Wrangler, heading east, while a 17-year-old male, name withheld, was in a Ford F-350 heading west on Melody Road.

The two men suffered minor injuries and got treated afterward. The accident is the second Leppek has been involved in between January and March, and the first got him a misdemeanor DUI charge, hit and run, and driving with a suspended license. 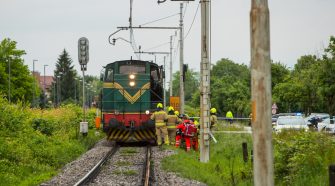 Catherine Taylor Identified as the Woman Killed by Train in Oakley