On Tuesday, September 15th, the Los Angeles County Board of Supervisors, California, approved a $5 million settlement for an accident involving Deputy Carrie Robles-Placencia of the sheriff’s office. The woman struck and killed two boys on a sidewalk in Boyle Heights.

The accident occurred in the Los Angeles neighborhood in 2017. Accident reports from the time revealed that Robles-Placencia, a then-patrol trainee, alongside an 11-year veteran, responded to a call involving a shooting.

The charge evaluation prepared by the Los Angeles County District Attorney’s Office stated that at the same time, the victims and their mother were walking home from school. The defendant’s patrol vehicle, a 2015 Ford Explorer SUV, with its emergency lights activated drove through an intersection at Indiana Street and Whittier Boulevard.

The DA’s office said it was at about 7:25 p.m. on November 16th, 2017, and Robles-Placencia traveled at 14 miles per hour. After passing the intersection, a Honda Accord came into the SUV path, causing the vehicles to collide.

The Accord spun and hit another car while the police vehicle accelerated to about 22 mph. The SUV jumped the curb, and the defendant swerved to avoid pedestrians on the road. However, she struck Jose Hernandez, 7, his brother, Marco, 9, their mother, two other pedestrians, and a trash can.

The juveniles died from their wounds while their mother survived with a crushed pelvis and broken bones. Traffic investigators concluded that Robles-Placencia acted without due regard for persons on the roadway.

The DA’s office declined, bringing a criminal charge against the woman in November 2018. They stated that there was insufficient evidence to prove even misdemeanor manslaughter as the deputy’s actions did not meet the requirement of criminal or ordinary negligence. 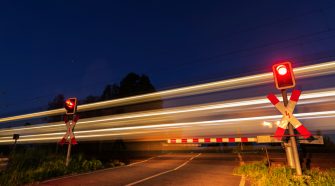