A 32-year-old pedestrian was killed on Tuesday morning after he was struck by a Metrolink train while walking along San Fernando Road in the Pacoima area of Los Angeles, California. Accident reports confirmed that the fatal incident took place on Tuesday, April 7.

Authorities reported that the train versus pedestrian crash occurred just outside the 9800 block of San Fernando Road at about 10:45 am.

Preliminary investigations determined that the pedestrian was in a non-pedestrian area of the Metrolink tracks when the approaching locomotive hit him. The pedestrian, identified as Jose Miranda, Jr., died at the scene.

Police said the locomotive involved was the Metrolink Antelope Valley line train, with the number 212. The engine was en route Los Angeles just before the crash.

Following the crash, the railroad tracks between Sylmar and Sun Valley were shut down for hours. Several pending trains were delayed as a result, including the AV line 215 and AV line 219 to Lancaster.

The tragic occurrence, which claimed Jose’s life, is still under investigation.

Train-pedestrian fatalities in the United States are not uncommon. The National Transportation Safety Bureau estimates that an average of 1000 people die each year from locomotive-related accidents.

More often than not, the causes are linked to the victim, as there are set rules against the presence of pedestrians within a specified distance from a rail track.

Therefore, the bereaved family of train crash victims requires the prompt service of a railroad accident attorney to protect them from train companies seeking to shift the liability of the accident.

Further details regarding the case would be included in the accident reports upon completion of investigations. 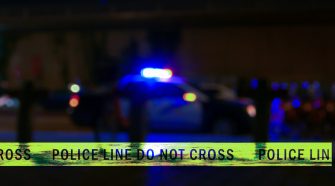