On Tuesday night, February 11th, a pedestrian got killed after getting hit by a vehicle in the San Luis Obispo area of California. Police have identified him as 52-year-old Michael Hamlin.

The deceased was walking within the 200-block of Tank Farm Road at about 10:25 p.m. when a vehicle struck him down. Hamlin died at the scene from the injuries sustained from the accident.

The driver got identified as a 76-year-old man by the California Highway Patrol, but the latter did not release his name. The San Luis Obispo police are in charge of the investigations into the accident.

The police carried out a breathalyzer test on the driver of the vehicle, but it came back clean. A drug test also came out negative, but the police are still investigating.

Under California personal injury laws, a person who gets knocked down in an accident and sustains serious injuries can bring a lawsuit against the person who caused the accident. When a person dies, his or her relatives or representatives can sue.

The court can grant damages covering medical bills, lost wages, pain, and suffering. It would only grant these after it determines that there is no negligence or liability on the part of the victim.

The court would then consider the duty of care the driver owes the pedestrian. If the driver’s negligence is a substantial factor in the victim’s injuries or death, then the court would award damages against him or her.

Common causes of pedestrian accidents include vehicles not yielding to pedestrians, bikes on the sidewalk, and even uncontrolled dogs. Electric scooters, other pedestrians, and trip hazards also contribute. 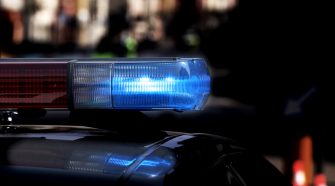