The first assault involved a 78-year-old woman, and it happened on the morning of September 15th. The investigators said that the woman was on the sidewalk when the man struck her in the head, causing her to fall and lose consciousness.

The police said that the victim was taken to the hospital where medical personnel determined that she suffered a broken hip. After his arrest, the investigators discovered that Turner was involved in another assault of a 71-year-old woman. It happened on September 22nd.

The second victim was reportedly walking near her son when the suspect attacked her. According to the SFPD, the woman’s son, who was ahead, turned around to find her unconscious on the ground.

The man chased Turner but lost him after a while. He faces multiple charges of aggravated assault, battery, two counts of elder abuse, as well as a parole violation. There is no additional information.

Under California law, elder abuse covers the attack of any person from 65 years and above. The attack can be physical or psychological and further classified as civil or criminal. The latter covers assault, neglect, financial abuse, abandonment, isolation, abduction, or other treatments resulting in pain or mental suffering to an elder. 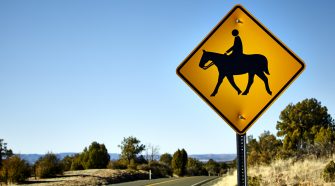