The man who was killed after crashing his motorcycle into a concrete barrier, and getting hit by two other vehicles in Seal Beach, California, has been identified. The Orange County Coroner’s Office, on Monday, April 27, released the victim’s identity as Robert Carson, 48, of Garden Grove.

The expertise of a motorcycle accident attorney will be required in this situation if the fatal victim’s family decides to pursue a wrongful death lawsuit.

The tragic wreck took place at about 4 a.m. on Sunday, April 26. According to reports by the California Highway Patrol, the cyclist was the only fatality recorded in the traffic collision near San Gabriel River (605) Freeway.

It was gathered that Carson was riding his motorcycle along the San Diego (405) Freeway, heading north. For unknown reasons, the cyclist veered sideways and smashed into the right shoulder wall of the freeway.

The impact caused the Garden Grove man to be ejected from his bike, crashing violently onto the ground. Witnesses said that after the initial motorcycle crash, two approaching vehicles also traveling through 405 Freeway struck the fallen cyclist.

When the emergency rescue team arrived, they discovered Robert Carson dead at the scene. The reports did not ascertain what caused the cyclist to swerve off the road and hit the right shoulder wall. The identities and the conditions of the two motorists were not reported. Investigations into the fatal crash are still in the works. 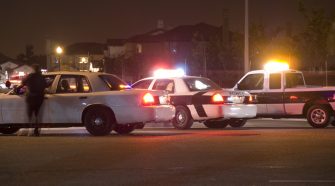