Traffic on 80 Freeway in Solano came to a standstill on Friday, February 28, when multiple vehicles collided at different times, leaving three drivers injured.

At about 10:25 a.m., Christopher Shaw, a Vacaville resident, was driving a Honda Sedan on 80 freeway, near Pedrick Road when he collided with a big rig. The big rig, driven by 60-year-old Sacramento resident, Sukhinder Singh, was westbound when the incident occurred.

Moved by the impact of colliding with the Sedan, the big rig tore through the guardrail and hit a Subaru driven by Ryan Castenera, a 40-year-old resident of Hayward. The Subaru could not handle the impact from the big rig and split into three parts.

The big rig, still in motion, crashed into another big rig driven by 67-year-old Perry Desersa of Auburn.

The driver of the Honda Sedan, Christopher Shaw, was transported to David Grant Medical Center for the treatment of injuries sustained during the crash. The Subaru driver, Ryan Castenera, also sustained injuries and was taken to the University of California, Davis Medical Center.

67-year-old Perry Desersa, the driver of the second big rig, was also injured in the crash and was moved to Kaiser Permanente Vacaville Medical Center. However, Sukhinder Singh did not sustain any injuries.

The crashed vehicles blocked both directions of the freeway, and motorists were stuck for more than an hour.

Anyone with relevant information is urged to contact the California Highway Patrol office in the Solano Area at 428-2100. 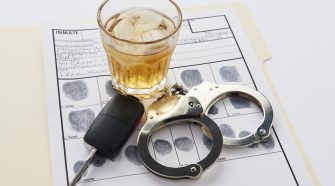