The arrest of an alleged DUI motorist who caused an almost-fatal rollover crash in Fresno, California calls for the intervention of a drunk driving attorney. The crash happened on Monday, May 25, as reported by the California Highway Patrol.

The CHP deployed officers to the scene of a tragic collision shortly after 5 p.m., following reports of a rollover crash on Highway 168. Only one vehicle was involved in the traffic encounter, which left a 4-year-old boy injured.

Investigations conducted at the scene revealed the vehicle involved was conveying at least two people, including Oscar Madrigal, 25, who was behind the wheels. The car suddenly spiraled out of control and left the highway near Gooseberry lane. Police said the vehicle flipped over at least once before eventually coming to rest just off the road, ejecting a toddler in the process.

Detectives believe the 4-year-old boy who got expelled from the car was not using protective restraint when the crash happened. He suffered potentially life-threatening injuries in the wreck, and first responders airlifted him to Valley Children’s Hospital for treatment. He remains in critical condition. Authorities did not disclose the toddler’s identity.

Deputies determined that Oscar Madrigal, who went unscathed, was under the influence of alcohol at the time. They took him into custody, on suspicion of DUI-alcohol.

Motorists involved in DUI accidents can consult a drunk driving attorney for representation and counsel. 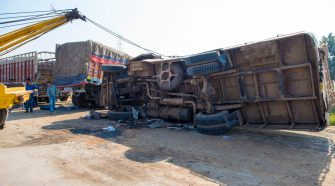