The police in Pasadena arrested a 28-year-old man, Benjamin Hung, on Sunday, May 31, on suspicion of assault. The arrest comes after he drove away from a line of protesters, with one of them still clinging to the hood of his car. Accident reports state that the incident occurred at Colorado Boulevard and Fair Oaks Avenue, California.

A video on social media showed the gray sedan that Hung was driving, moving slowly through a crowd of protesters. Some protesters were still in front of the vehicle when it suddenly accelerated.

Onlookers began screaming, with the sedan continuing to drive through the intersection. A man holding a green sign was sitting on top of the sedan’s hood as Hung drove on. A few of the protesters began chasing after the car before it drove out of view, after which a police siren started blaring.

The police in Pasadena didn’t have any information about the condition of the man sitting atop the hood of the sedan. Reports from the scene, however, said he was okay. It remains unclear if Hung interacted with the crowd before he began driving through them.

Lieutenant Carolyn Gordon of the Pasadena Police Department said that the police are still investigating the issue, per accident reports. No further information is available at this time.

When driving through a crowded area, especially during protests, drivers must avoid accelerating their vehicles. Speeding in such environments may lead to collisions, which causes injuries or death. If it is unsafe to drive through such areas, motorists should turn back and find new routes, rather than trying to force the issue. 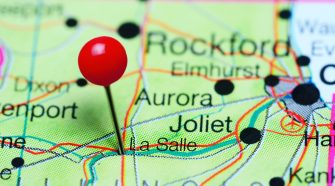