On Friday, June 26th, the Redding Police Department arrested Izaiah Harrisonferrari, 26, for an early morning accident that occured in Redding, California. Officers said that the man drove his vehicle while under the influence of an intoxicating substance.

Facts from the car accident report showed that the police responded to a call about the crash at about 12:15 a.m. in the area of East Cypress Avenue and Alfreda Way. When officers arrived at the scene, they found that a car, driven by Harrisonferrari, knocked over a power pole and hit a building.

The suspect suffered moderate injuries from the collision, and the officers performed first aid on the man before an ambulance took him to a hospital for treatment. The RPD determined that Harrisinfonferrari was under the influence of alcohol and arrested him at the hospital.

They released him to the medical staff due to his ongoing treatment. Further investigation uncovered that the suspect is currently on probation that has a no-alcohol clause. There is no additional information.

Drinking and driving is a severe offense in California, and offenders are liable to time in prison, fines, suspension of driving privileges, and compulsory alcohol rehabilitation program. A prosecutor who wants to prove DUI must show that the offender was intoxicated, and drove a vehicle in that state.

California law states that drivers should have less than .08 blood alcohol concentration. Thus, drivers should avoid drinking and driving, seek alternative means of transportation if intoxicated, and contact auto accident attorneys when an accident occurs. 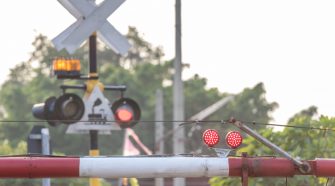