18-year-old Eduardo Douglas Jones would need representation from a top accident lawyer following his arrest for a fatal accident in the Paradise Hills neighborhood of San Diego, California. The accident happened on Wednesday morning, September 23rd.

The San Diego Police Department said that the teenager and four passengers were in a car traveling westbound in the 6100-block of Paradise Valley Road. At about 2 a.m., Jones tried to make an unsafe left turn onto southbound Munda Road and veered off the roadway.

The vehicle went down an embankment before resting. The police said that the five occupants got out of the car and made their way to the street, but medics had to take an 18-year female passenger to the hospital.

The teen, who remains unidentified, passed away while receiving treatment from internal injuries. Jones fled the scene on foot, but officers were able to locate him a short while after. He was hiding in bushes a few blocks from the crash site surrounded by coyotes.

The SDPD arrested the suspect on charges of gross vehicular manslaughter, hit-and-run causing injury/death, and driving under the influence. The investigation into the occurrence remains active.

Gross vehicular manslaughter is a severe offense under the California Penal Code 191.5(a) PC. To convict a person of the crime, the prosecutors must prove that they drove under the influence, committed an additional misdemeanor, infraction, or an otherwise unlawful act that caused death, and the defendant was grossly negligent when they committed the act. 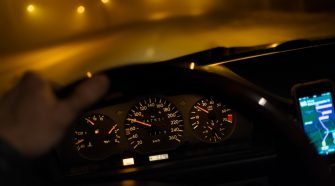