An MTD bus driver is facing charges of vehicular manslaughter due to gross negligence months after causing a traffic wreck that killed one person in Santa Barbara County, California. The Santa Barbara County District Attorney’s Office announced on Monday, June 1, that a new complaint filed in court charged the suspect in connection with a crash which authorities shared last year in previous accident reports.

The complaint proposed that the suspect, Aura Leticia Mijangos, 61, of Goleta, violated the Penal Code Section 192(C)(2), by committing an act of misdemeanor. Mijangos, who was reportedly the driver of an MTD bus, crashed her vehicle into two pedestrians on October 9, 2019, fatally injuring one of them.

Initial reports showed that 67-year-old Eve Debra Johnson died from her wounds, while a second victim suffered incapacitating injuries. Before the accident, both victims were waiting at a bus stop near the intersection of Chapala and West Figueroa streets. The Metropolitan Transit District bus collided with them, causing injuries to several passengers on board, according to the preliminary accident reports.

An investigation into the incident commenced soon after the crash, conducted by the California Highway Patrol and the Santa Barbara Police Department. Deputy District attorney Sarah Barkley is prosecuting the case.

Mijangos will make an appearance in court on August 17, in Department 8 of Santa Barbara Superior Court, in connection with the manslaughter charges. 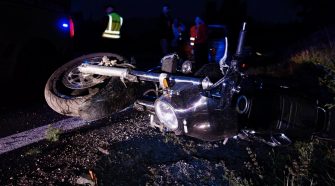