A pursuit crash in Santa Ana, California, left an officer, and the male suspect involved with injuries. The incident happened on Thursday night, August 6th, and the Santa Ana Police Department  identified the man as Simon Bradley Sulusi, of Long Beach.

According to the police, at approximately 10:25 p.m., officers attempted to stop the man, a parolee, in the 300-block of North Harbor Boulevard. Capt. Anthony Bertagna said that Sulusi refused to pull over, leading to the chase.

The police pursued the man east on McFadden Avenue, and the suspect ran a red light. He slammed into a northbound car on Euclid Avenue and collided head-on with one of the pursuing patrol cars eastbound on McFadden. The crash’s impact left the lawman stuck in his vehicle, and emergency responders had to extricate him.

The officer and Sulusi suffered injuries, and medics rushed them to the hospital; the two are expected to survive. The police placed the man under arrest on suspicion of felony evading, felony DUI, and felon in possession of a gun; he remains in custody at a local hospital.

Under California law, it is illegal to flee from the police. The vehicle code states that a person who willfully flees or tries to evade a pursuing police officer while driving a vehicle is liable for a charge of evading a police officer. A guilty verdict means time in county jail, and a fine or either of the two. 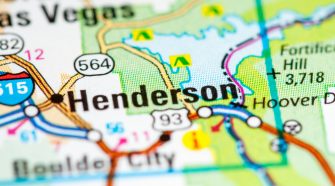