Three men were killed last weekend after their vehicle drifted off the road and crashed into a tree in Moorpark, California. Accident reports provided by the Ventura County Sheriff’s Department on Thursday, April 16, revealed the victims’ identities as Spencer Bali, 20, Bryan Amezcua, 18, and Cesar Troncoso, 17.

The fatal wreck took place just before midnight on Friday, April 10, just west of Moorpark Avenue. Police said passersby called to report a burning tree in the location, which prompted their response.

Upon their arrival, they discovered that the source of the flames was a burning vehicle directly underneath the tree.

Preliminary investigations revealed that all three men were traveling in a 2015 Ford Mustang, along Poindexter Avenue.

Just as they approached the 200 block, the vehicle drove off the shoulder of the road and slammed head-on into a tree. The Mustang then burst into flames as soon as it struck the tree, with the men still pinned inside.

Fire rescue operatives from the Ventura County Fire department tactfully extricated the three victims from the burning vehicle. They were pronounced dead on the scene.

The causes of death of Amezcua and Troncoso, both residents of Moorpark, were revealed as blunt force thoracic injuries, and blunt force head injuries respectively. 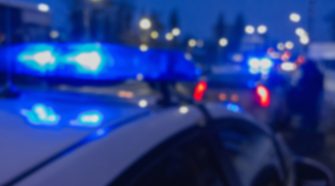