Authorities have identified the woman who died in a tragic hit-and-run crash in the Long Beach area of California. The Los Angeles County Coroner’s Office, in the updated accident reports released on Thursday, May 21, named the fatal victim as Stacey Finley, a 42-year-old transient.

The Long Beach Police Department confirmed the fatal collision in a press statement, saying it happened early on Wednesday morning, May 20. Police said a vehicle fatally collided with Finley, a homeless woman, at the intersection of Woodruff Avenue and Willow Street.

Investigators determined that the pedestrian was at the time walking on the southbound side of Woodruff. A vehicle, which was reportedly traveling through the south traffic lanes on Woodruff, came along and struck the transient from behind, causing fatal injuries. Stacey Finley gave in to her injuries before making it to a hospital.

Meanwhile, the motorist responsible fled the scene of the accident without stopping to assist the victim, the accident reports stated. Detectives are yet to obtain a detailed description of the vehicle or the hit-and-run motorist. Officers remain on the lookout for the suspect.

An investigation into the crash is ongoing, and authorities asked anyone with helpful information that may assist in the motorist’s arrest to contact the department.

Traffic officers advise motorists to desist from fleeing the scene after an accident, as that in itself attracts an additional jail time when eventually apprehended. 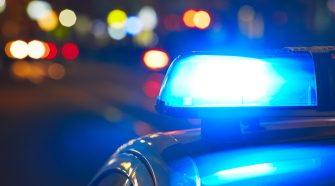