One out of the two people involved in an accident that killed a 16-year-old male teenager and injured his father in Torrance, California, is going to state prison. On Wednesday, June 24th, a Torrance Court sentenced Tung Ming, 24, to two years and eight months imprisonment, while Darryl Leander Hicks Jr., 32, sentencing will take place on July 16th.

The jury also found the suspect guilty of one misdemeanor count of driving on a suspended license and hit-and-run driving, causing property damage. The latter is for an isolated crash involving Hicks crashing into Ming’s vehicle. Deputy District Attorney Ryan Gould said the man is facing up to 12 years in prison.

The crash the suspects stood trial for occured on March 7th, 2017. The accident report disclosed that Hicks, a Los Angeles resident at the time, and Ming, of Ranchos Palos Boulevard, drove through a red light at Crenshaw Boulevard and Crest Road. The former was driving a 2004 Audi A6, while the latter drove a 2014 Mercedes-Benz GLK350.

The two men crashed into a 2000 Toyota Sienna carrying the late Jesse Esphorst Jr. and his father at about 10 p.m. The suspects were involved in a minor accident and were chasing each other when the second collision happened.

Ming stayed at the scene, while Hicks fled, but the Torrance Police caught him soon after. Officers arrested the men but later released them on bond. They took the two into custody after the jury’s verdict.

Next Valencia Nichols and Four Others Survive Oswego Fiery Crash 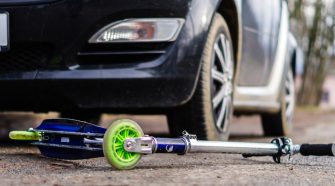