The San Bernardino County Sheriff’s Office said they detained a 41-year-old man on suspicion of driving under the influence after crashing his car in Victorville, California. On Tuesday, September 15th, Conor Murley of Apple Valley drove into the fire hydrant, a metal sign, and a light pole.

The accident happened around 4:38 p.m. in the 14400 block of 7th Street, south of Lorene Drive. Maria Rodriguez, the sheriff’s spokeswoman, said that Murley drove a Toyota 4Runner TRD Pro northbound on 7th when he crashed into the Auto Zone.

The spokeswoman said that the police’s initial information indicated that Murley was under the influence of an unknown drug(s). She added that they took him to a local hospital for evaluation and further collection of evidence.

Rodriguez said they booked the man into the High Desert Detention Center. The police issued him a citation and later released him with a date to appear in court. He would need a car accident lawyer’s services.

A toxicology test is pending, and the sheriff’s office will release an update once they have the result. The crash blocked the lanes of 7th Street while deputies investigated and cleared the scene. There was no report of an injury.

Driving under the influence of drugs or alcohol is a severe offense in California and frowned at by the courts. Offenders face time in jail, payment of fines, administrative suspension of driver’s license, and compulsory rehabilitation program. 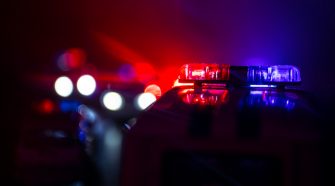