Auto accident attorneys would be useful to the Randolph, Massachusetts, hit-and-run driver following his arrest. Gregory Princeton, 54, was taken into custody by the police on Thursday, April 9th.

The authorities said that the man knocked down a pedestrian on Saturday, April 4th. Officers received a call about the vehicle-versus-pedestrian crash and arrived at the scene at about 10:40 p.m. When they arrived, Princeton was nowhere in sight.

The unidentified pedestrian was lying injured on the roadway. The medics then took the victim to the hospital for treatment, while the police began investigating. A tip from an undisclosed source led the officers to an auto body shop in Brockton.

The source said a truck involved in the accident was towed to the auto shop. The officers located the vehicle and found that the damage it had was consistent with the details of the hit-and-run. The police also discovered that the truck belonged to Princeton.

When the officers questioned the man, he told them that he loaned the car to a friend, who struck an animal with it. But upon further questioning, Princeton came clean and admitted to hitting the pedestrian. He said he fled because he “Freaked out.”

The man remains in custody, and he is facing charges of negligent operation, operating with a revoked license, and leaving the scene of a personal injury. Princeton is also facing a charge of intimidating and misleading a witness and filing a false insurance claim.

Those involved in a hit-and-run accident should contact auto accident attorneys for legal advice and representation. 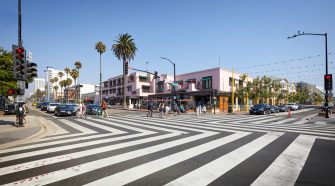