Authorities said a Danvers woman suffered serious but not-life-threatening injuries Saturday when a tire crashed through her windshield while she was driving in Danvers.

Officials from the Danvers Fire Department reported the crash on the agency’s social media channels, but did not identify the driver. However, local media outlets report that Karen Hagen, of Danvers, was the driver injured in the crash.

Hagen allegedly was driving on U.S. 1 behind a pickup pulling a trailer at about 10 a.m. A tire fell from the trailer and bounced, landing on the roof of Hagen’s vehicle and crashing through her windshield.

Massachusetts State Police were called in to investigate the incident. They said they believe a bolt attaching the tire to the trailer apparently snapped off, causing the tire to fall into the roadway.

The driver of the truck, whom authorities did not identify publicly, stopped after the crash, and allegedly received a citation. 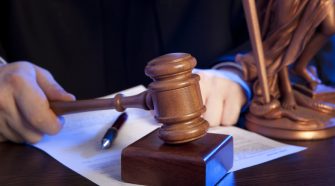 Andrew Melendez Cited for Driving Under the Influence in Modesto