Fort Bliss Army sergeant Ivan Romo, 27, ran a red light at the intersection of Raynor and Yandell in El Paso. Romo had just left the bar Honest Abe’s on Airport Blvd, on his way to another bar. He sped up to beat the light, but the light changed before he entered the intersection. As a result, he struck Garcia, who had the right of way.

Celso Manuel Garcia was a father of five. He was an environmental technician and longtime employee at El Paso’s D & H United Fueling Systems.

The Texas Alcoholic Beverage Commission is currently investigating Honest Abe’s to determine if the business violated the Texas Dram Shop Act. Under that section of the Texas Alcoholic Beverage Code, licensed alcohol vendors are liable for injuries caused by their customers if they sold alcohol to a person who obviously intoxicated enough to be a danger to the safety of others.

Romo is currently free, after posting a $100,000 bond for a charge of intoxication manslaughter. 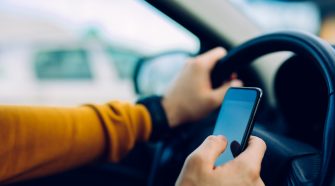