Francisco Guerrero, 36, of Globe, Michaelena Wilson, 30, and Isaiah Boni, 32, both from Bylas, all died on February 1, 2020 in a crash between a passenger car and a tractor-trailer hauling sulfuric acid.

At about 10 p.m. Saturday, a Pontiac sedan carrying Boni, Wilson, and Lybert Bond, 53, of Bylas was traveling westbound on U.S. Highway 70. Then, around milepost 301 in Fort Thomas, the Pontiac crossed the center line into the eastbound lane. There, it collided with a semitruck hauling Bulk Transportation trailer driven by Francisco Guerrero. Guerrero was the owner/operator of the vehicle.

As a result of the collision, the Pontiac spun out and went off the road on the southern shoulder. The tractor-trailer veered into the northern shoulder, rolled onto its side and caught fire.

Guerrero, Wilson and Boni all died at the scene. Bond, the other passenger in the Pontiac, received serious injuries. Emergency responders transported him via airlift to Banner – University Medical Center in Tucson.

The situation worsened when the Air Evac helicopter flying Bond had to delay due to a drone flying over the scene. The owner of that done, Jose Jimenez, 41, of Orlando Florida, was driving a commercial vehicle in the westbound lane. Graham County Sheriff’s Office deputies subsequently ordered Jimenez to land the drone. However, the man refused to comply and became combative. So, they arrested him and booked him into Graham County Jail. Jimenez is charged with one count of unlawful operation of an unmanned aircraft and four counts of endangerment.

HAZMAT teams from the Department of Public Safety and the Arizona Department of Transportation responded to the scene. They determined that the semi-truck fire did not cause the release of any sulfuric acid. Consequently, they reopened the highway at 3:06 a.m.

Investigation into the incident is ongoing. 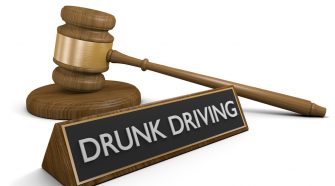