Maria Ramirez-Rangle, 38, and her 10-year-old daughter both died due to a car crash in Lake Havasu on January 19, 2020. The crash also caused serious injuries to Gerardo Vanegas and two other children.

Ramirez-Rangle was driving a white Infinity SUV on that Sunday afternoon. Vanegas and three children were passengers. The vehicle was traveling north on SR-95. At approximately 3:30 p.m., a green 2001 Range Rover, traveling south on the same road, veered over the center lane and collided head-on with the Infinity.

Moments earlier, the Department of Public Safety had received a call about an erratic driver in a green Range Rover. That vehicle had side-swiped another car near Jacob Row. The accidents are under investigation, and blood results on that driver are still pending.

Maria Ramirez-Rangle and the 10-year old girl both died on the scene of this wrong-way, head-on collision. Paramedics transported Vanegas and the two other children to the hospital with serious injuries. Due to the extent of their injuries, both children were later transported to a children’s hospital outside of Havasu.

The driver of the Range Rover, a 28-year-old man from Alaska, also suffered serious injuries.

Arizona’s SR-95 has been ranked one of the most dangerous roads in the U.S. 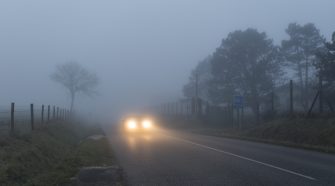