The 91-year-old veteran actor Orson Bean was killed on Friday, February 7 at around 7:35 p.m.

Initial reports by the Los Angeles Police say that a pedestrian had been walking near Venice Boulevard and Shell Avenue and was clipped by a car. This caused him to fall to the ground where he was struck by a second car, which proved fatal for the fallen man.

Other people in the area had tried to warn the second driver of the man on the road but they were distracted by all the commotion and other cars slowing down. Both drivers remained at the scene and cooperated with the police.

Investigators have made an initial report that indicates the actor had emerged from between two cars when he was getting ready to cross the street and he was not seen by the initial driver who accidentally clipped him.

The Los Angeles County Coroner’s office did confirm the death of Bean on Friday night, calling it an investigation of a traffic-related fatality.

Bean’s career included over 100 television and motion picture appearances that began back in the 1950s. He had a recurring role on “Desperate Housewives” from 2009 to 2012. He and his wife were currently working the theatre angle and had just wrapped up a show the week prior.

Police are still investigating the accident, but no charges have been filed at this time.

Next Elisa Estrada Dies in Car Crash in Fresno, California 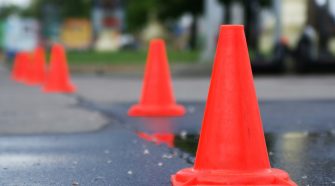