The Kern County Coroner’s Office has disclosed the identity of the 46-year-old Bakersfield man, who died in a house fire in his residence on Sunday morning. Authorities on Tuesday, April 14, indicated in the accident reports, that Joseph Elton Johnson, was discovered in the Bakersfield, California fire.

The Kern County Fire Department was alerted of the fire outbreak early on Sunday morning, April 12, in the 200 block of Olidale, off Roberts Lane.

According to the county coroner’s office, fire department personnel successfully contained the fire at about 11:45 am, before proceeding into the building to assess the damage.

Once inside, they discovered the lifeless body of the homeowner, Joseph Johnson. Paramedics confirmed the victim dead at the scene, with second-degree burns. No other casualty was recorded as a result of the fire outbreak.

The coroner’s office ordered a post-mortem examination on the victim. The results would determine the cause of death, as well as the manner in which the deceased passed on.

Further investigations would ascertain what caused the apartment to be set aflame. The new findings would be included in the accident reports.

House fires are not uncommon in California. In most cases, the source of the outbreak is traced to electrical fires, caused by sparks, overheated wires or other factors, which eventually engulf the entire apartment if not detected and controlled on time.

Other factors are careless conduct, intentional actions and kitchen accidents. All these factors would be considered during the investigation of the Bakersfield fire accident. 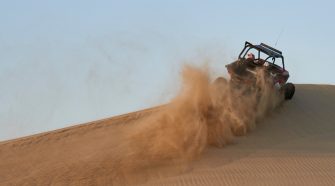