A hit-and-run accident witnessed by an on-duty police officer ended in the arrest of the offending motorist after a brief chase through the Waco area of Texas. The bizarre incident took place on Tuesday Evening, April 21, as per accident reports provided by the Waco Police Department.

At about 6:30 pm on the said day, a Waco Patrol officer was parked near the intersection of Waco Drive and Valley Mills Drive when he reportedly saw a vehicle crash into another vehicle.

The driver of the offending vehicle did not stop to render assistance, but fled the scene of the crash at a high rate of speed, heading west on Waco drive. The officer summoned help before engaging the fleeing motorist in a brief pursuit.

Upon approaching the parking lot of First National Bank, just west of Highway 6, the suspect’s vehicle pulled over on the service road of Highway 84. Officers then caught up with the car.

While the sole passenger in the vehicle cooperated with law enforcement agents, the motorist, identified as Charlotte Renee Ward, of Waco, resisted arrest.

Officers released the passenger eventually, taking the Waco driver into custody. Deputies asserted that the traffic offender displayed erratic behaviors while being transported to the county jail.

Ward was booked into the McLennan County Jail on charges of evading arrest, resisting transportation, failure to stop and identify in an accident with property damage, and failure to identify as a fugitive.

In addition, the culprit had outstanding warrants for two counts of theft, and one for failure to appear in court. She also had at least two previous convictions, with a bond set at $250,000. 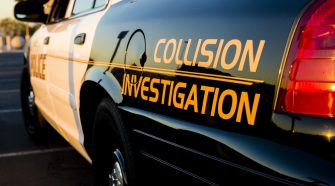