Authorities have identified the elderly woman who lost her life last week in Bakersfield, California, after a vehicle ran her over. The Kern County Sheriff’s Office, in new accident reports released on Wednesday, May 20, named the fatal victim as Rosa Orellana, 91, of Bakersfield.

Patrol officers responded to the accident just after 5:30 p.m. on Friday, May 15, after getting calls of a vehicle-pedestrian crash in Oildale. The fatal incident played out on Merle Haggard Drive, just east of McCray Street. The pedestrian was the only casualty recorded in the mishap.

Preliminary reports provided by the California Highway Patrol showed the elderly woman was at the time walking through the area, collecting reusable cans and bottles. The woman attempted to make it across the road to the other side of Merle Haggard Drive when she ventured into the path of an oncoming pickup truck.

The vehicle, traveling through the east traffic lanes of the roadway at the time, struck her before the motorist could swerve to avoid the collision. Rosa Orellana sustained severe injuries in the accident, which she succumbed to before help arrived. Neighbors told officers that the elderly victim lived in the area, and often walked around the streets collecting cans and bottles.

The accident reports failed to disclose information about the driver’s identity or impairment status. Additional details about the fatal traffic collision are pending at this time. 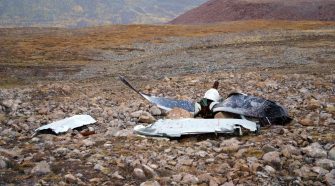