Updates made to an accident report by the San Jose Police Department disclosed that the 76-year-old bicyclist struck in a traffic collision in San Jose, California, passed away a month after the occurrence. Rolf Klenk succumbed to his injuries on the morning of Tuesday, October 13th.

The initial crash report revealed that the victim was riding a bicycle on the afternoon of September 4th, on Blossom Hill Road and Coyote Road, when an SUV struck him. The police said that the man was in the bicycle lane when the car driver tried to go around another vehicle.

The motorist was attempting to get on the ramp to northbound U.S. Highway 101. The investigators said the SUV, a white 2013 Mazda CX-7, remained at the scene after hitting Klenk and the female driver cooperated with the investigators.

The victim sustained extensive injuries and remained in the hospital until he passed away around 8:30 a.m. Tuesday. The driver, who remains unnamed at the time of this report, did not suffer any injury from the collision.

The police said Klenk’s death is the 40th fatal collision in San Jose in 2020 and the 41st traffic fatality. Anyone with information about the occurrence should contact Detective Malvido of the SJPD Traffic Investigation Unit on the listed line.

The Santa Clara District Attorney’s Office has not filed any charges against the Mazda driver, but that might change at the investigation’s conclusion. There is no additional information.

Next Roosevelt Logan Killed in a Vehicle Crash on Interstate 57 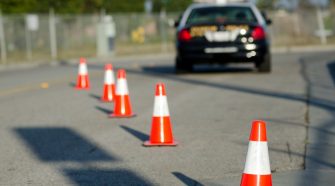