49-year-old Michael Poff would need representation from a drunk driving attorney following his arrest for driving under the influence. The Ogle County Sheriff’s Office, Illinois, said the suspect crashed his vehicle on a county road on Saturday.

A press release from the sheriff’s office disclosed that deputies arrived at the crash scene at approximately 6:44 p.m. after receiving a single-vehicle accident report. It happened at the intersection of West Pines Road and South Evergreen Road.

At the end of the preliminary investigation, the deputies determined that Poff was under the influence and took him into custody. The police also cited the man for driving an uninsured vehicle before transporting him to KSB Hospital to treat non-life-threatening injuries.

The sheriff’s office said they later released the Polo resident on an I-bond with a return court date for November. The OCSO had the assistance of Polo EMS alongside the Polo Police Department at the scene.

Driving under the influence of drugs or alcohol is a severe offense under Illinois law. Drivers are expected to operate a motor vehicle with less than .08% blood alcohol concentration, while commercial motorists and school bus operators must have less than .04% BAC.

The state operates a zero-tolerance policy for teenagers; thus, the law provides that persons less than 21 years should have below .01% BAC. Disobeying this rule amounts to a misdemeanor or felony, and offenders are likely to face imprisonment and payment of fines. 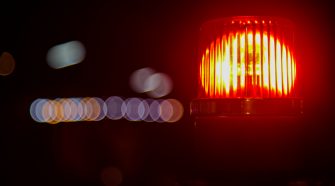