A teenage boy suffered fatal injuries in a solo rollover crash in Carlsbad, California, on Wednesday morning, June 24th. 16-year-old Jack Munday was one out of eight teenagers, aged 18 and below, traveling together in the crashed vehicle.

Facts from the car accident report showed that the group was traveling in a Toyota 4Runner SUV. At about 2:30 a.m., the driver of the vehicle lost control of it, and it overturned. The car rolled several times before stopping near Carlsbad Village Drive. Munday died at the scene, while the remaining seven teenagers sustained injuries.

The Carlsbad Police Department said that four of the injured teens stayed at the scene, and the medics transported them to an area hospital for treatment. The remaining three left the scene on foot, but officers found them about a block away from Pico Drive and conveyed them to the hospital.

The primary cause of the crash remains unknown, but so far, the police have ruled out the influence of drugs or alcohol. They closed Carlsbad Village Drive while they conducted a preliminary investigation and cleared debris from the scene. The inquiry into the accident is ongoing, and the CPD will release updates at a later time.

Munday was a former student of Carlsbad High School before transferring to Coastal Academy High School in Oceanside. His former baseball coach, Terry Farruk, described him as a great kid, a kind soul, and his death, a devastating loss. 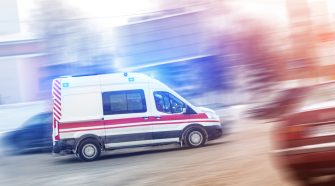