The Clark County Coroner’s Office on Thursday, June 18th, named Tramaine Anthony Porter, 36, as the man who died from injuries sustained in an accident in Las Vegas, Nevada. According to the accident report, the victim passed away at the University Medical Center.

The Metropolitan Police Department initially treated the man’s death as a homicide before disclosing that a car struck and killed the victim last week in West Valley. On Wednesday, June 17th, the investigators during a press briefing asked the public’s help in putting together the details of the crash.

The MPD placed the time of the accident at about 9:45 p.m. on Sunday, June 7th, near the 200-block of Newport Mission Lane. The latter is a residential area near US Highway 95 and Decatur Boulevard. Officers arrived at the scene following a 911 call and found Porter lying on the roadway.

The victim had severe injuries, and he succumbed to them at the hospital. The coroner as of Thursday morning has not discovered the man’s primary cause of death, but the police believe that Porter was struck by a Volvo sedan possibly driven by a female. There is no information about the driver, and the MPD is actively searching for the person.

Anyone with relevant information that could lead to an arrest should contact the Metropolitan Police on the listed line. Those who wish to remain anonymous should contact or send in tips to the Las Vegas Crime Stoppers. 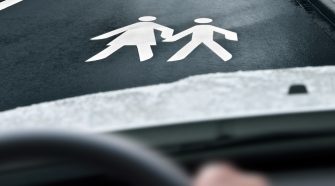